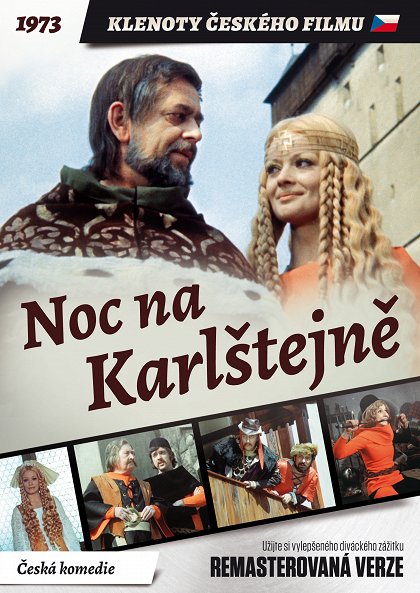 Do you want to spend a Night at Karlštejn, a castle built by the same Emperor Charles IV. who established the University you are now studying at? Come watch this iconic Czech musical with us and be transported to 14th century Bohemia! Numerous historical figures are portrayed in A Night at Karlštejn, including Emperor Charles IV. and his wife, Empress Elise of Pomerania. The movie is a comedy about two women attempting to spend a night at the castle despite the Emperor forbidding any woman to enter it. You can expect beautiful Czech songs (with English subtitles provided), fun twists, and all scenes shot directly at Karlštejn castle. Many of the most famous Czech actors of the 20th century star in the lead roles, including: Waldemar Matuška, Vlastimil Brodský and Miloš Kopecký. If you wanted to visit the castle yourself, this film is a must-watch!

How well have you already got to know the campus?

On 19th of November we organized a walking trip. W

DANCING EVENING 🌟 This Monday we held a dancin

On friday the 4th, we organized our second Movie N

Quiz Night Would you like to test your knowledge

TRIP TO ŘEVNICE WRAP UP On 28th of October we or

We use cookies on our website to give you the most relevant experience by remembering your preferences and repeat visits. By clicking “Accept All”, you consent to the use of ALL the cookies. However, you may visit "Cookie Settings" to provide a controlled consent.
Cookie SettingsAccept All
Manage consent

This website uses cookies to improve your experience while you navigate through the website. Out of these, the cookies that are categorized as necessary are stored on your browser as they are essential for the working of basic functionalities of the website. We also use third-party cookies that help us analyze and understand how you use this website. These cookies will be stored in your browser only with your consent. You also have the option to opt-out of these cookies. But opting out of some of these cookies may affect your browsing experience.
Necessary Always Enabled
Necessary cookies are absolutely essential for the website to function properly. These cookies ensure basic functionalities and security features of the website, anonymously.
Functional
Functional cookies help to perform certain functionalities like sharing the content of the website on social media platforms, collect feedbacks, and other third-party features.
Performance
Performance cookies are used to understand and analyze the key performance indexes of the website which helps in delivering a better user experience for the visitors.
Analytics
Analytical cookies are used to understand how visitors interact with the website. These cookies help provide information on metrics the number of visitors, bounce rate, traffic source, etc.
Advertisement
Advertisement cookies are used to provide visitors with relevant ads and marketing campaigns. These cookies track visitors across websites and collect information to provide customized ads.
Others
Other uncategorized cookies are those that are being analyzed and have not been classified into a category as yet.
SAVE & ACCEPT